This thing called forgiveness may seem so hard.
I get people saying,‘But you don’t understand!’
I reiterate it now, I do understand! More than you can imagine!
But the truth is this, whether I understand or I don’t is irrelevant. My understanding does not change the truth.
Forgiveness is a hard pill to swallow but once it goes down it brings healing to all parties concerned.
Okay, forget about all parties.
Think about yourself for three minutes. I mean, that can’t be too hard to do, considering that when one lives in unforgiveness it’s themselves they have been thinking about anyway.
Forgiveness is a pill that brings healing to YOU.

1. Unforgiveness is a burden
The burden of unforgiveness is a heavy one. Not only is it heavy, it is something one carries around with them all the time. It may hide in some nook or cranny of the mind or wherever else it decides to store its burdensome self but it always raises its ugly head or its heavy weight every now and again. It took me some time to realise this but when I did it was clear-When one has truly forgiven, the pain of what the other person or people did or didn’t do -all of a sudden is lifted. If this pain has not been lifted yet then it is time to ask God for specific help. Don’t get me wrong, it may not be easy, but the fact remains, things may not be easy when we try to do them on our own.
Jesus said in
Matthew 11 vs 28. (KJV)
‘ Come unto me, all ye that labour and are heavy laden, and I will give you rest.’

2. Unforgiveness is tormenting
I mean a lot of stress, and energy goes in to unforgiveness . We know that medically- speaking stress can cause mental and physical problems. Jesus gave a parable in Matthew 18 :23- 35 about people being forgiven but not being able to forgive others. Isn’t it interesting how the word ‘tormentors’ was used in the parable.
Matthew 18 vs 33- 35 ( KJV) says
‘ Shouldest not thou also have had compassion on thy fellowservant, even as I had pity on thee?
And his lord was wroth, and delivered him to the tormentors, till he should pay all that was due unto him.
So likewise shall my heavenly Father do also unto you, if ye from your hearts forgive not every one his brother their trespasses.’

3. Unforgiveness slows one down
There’s this thing about being stuck in the past. It just doesn’t allow one to move forward. I keep on saying ‘Lord, but there are some good things in the past that I want to reminisce over- are these included in the things we are supposed to forget too?’ Truth is, good or bad, there are even better things that can be achieved. We need to dream big and hope for greater things…..but back to unforgiveness, when we dwell on the happenings of our past we just can’t move forward as we should, whatever it is that was done or not done comes up as a mind blocker, a limiter , a stagnating tool. The scripture is just so clear on it and like Paul I can’t say I have perfected on it but I meditated on Phillipians 3 vs 13 just now and it makes so much sense. Straining, looking forward, reaching forward to what lies ahead involves forgetting the past and what lies behind. I mean even 2 minutes ago is the past – Don’t forget that!
Philippians 3 vs 13 ( KJV) says
‘Brethren, I count not myself to have apprehended: but this one thing I do, forgetting those things which are behind, and reaching forth unto those things which are before,’

4. Unforgiveness is a thief
The veil of unforgiveness can blind one from seeing anything good, not only in the person or people involved but also in ourselves and unrelated others.
One can become unduly suspicious, cautious and wary and sadly things can pass them by because they are blinded by unforgiveness. Innocent things can become misconstrued and wrongly judged. One can miss out on living fully and may miss out on so many good things and opportunities just because they just can’t see them or can’t see the possibility of them.
Wake up and smell the coffee!
The true enemy is not that person or thing, unforgiveness is just a tool being used to stop you from enjoying complete peace of mind. Unforgiveness kills relationships, steals time and destroys happiness.
John 10 vs 10 (KJV) says
‘ The thief cometh not, but for to steal, and to kill, and to destroy: I am come that they might have life, and that they might have it more abundantly.’

If you are struggling, have a think about it today, the forgiveness pill really does do what it says on the bottle.

A cup of tea and a slice of ear …….Please.Previous Article 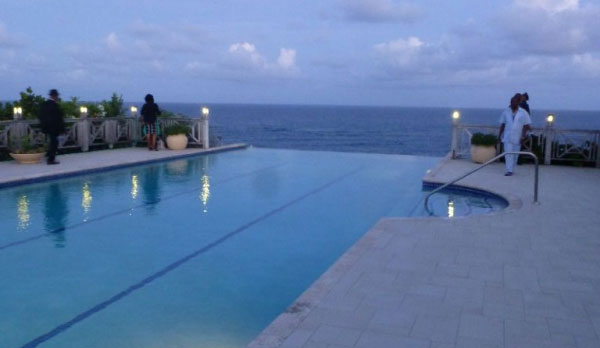