At least I’m better off than so and so…..

Sipping on the beautiful mocktail the waiter had’ invented’ for myself and my darling friend yesterday, I was in ‘mocktail bliss’. Good Christian friends are a real blessing and I tell you good Christian friends of the same gender are a necessity! I tried to find out what the bar tender had put into this exquisite drink so that it could be replicated somewhere else if need be, but he wasn’t having any of it! This was his exclusive, and to savour the wonderful taste of it again we were going to have to come back to the same restaurant.

My friend and I got in to a chat about comparisons. Many people, in order to console themselves in whatever challenge or trouble they have (without intended malice), find themselves taking solace in the fact that their trouble or issues are not as bad as someone else’s.

In a twisted way, we have even made this a basis to be thankful- but is this scriptural? Is this godly? Is this right?

I remember once telling a sister of mine not to undermine someone else’s pain, issues or discomfort, there certainly are times that we may hear of what someone else is going through and want to let out a yelp of pain for them. We may hear of something someone else is going through and say, ‘wow, seriously, is that all?’ I certainly have been guilty in the past of saying that (albeit to myself!), I have learnt as the years go by, however, that sensitivity is paramount and everyone’s ability differs.

A scripture that repeatedly comes to me is that God in His infinite wisdom knows what he is doing.

‘For no temptation (no trial regarded as enticing to sin), [no matter how it comes or where it leads] has overtaken you {and} laid hold on you that is not common to man [that is, no temptation or trial has come to you that is beyond human resistance and that is not adjusted and adapted and belonging to human experience, and such as man can bear]. But God is faithful [to His Word and to His compassionate nature], and He [can be trusted] not to let you be tempted {and} tried {and} assayed beyond your ability {and} strength of resistance {and} power to endure, but with the temptation He will [always] also provide the way out (the means of escape to a landing place), that you may be capable {and} strong {and} powerful to bear up under it patiently.’

There is always room for healthy testimonies, motivation and encouragement in life but using someone else’s issues to console oneself does not sound healthy. Comparison to what others may have can lead to ungodly envy, and consoling oneself by comparing what you have or don’t have with what others don’t have or the ill’s they do have sounds down right mean!

‘ For I say, through the grace given unto me, to every man that is among you, not to think of himself more highly than he ought to think; but to think soberly, according as God hath dealt to every man the measure of faith.’

‘But let each one test his own work, and then his reason to boast will be in himself alone and not in his neighbour’.

The Lord has asked us to be thankful in everything for this is the will of God concerning our life in Christ Jesus. I am yet to find where He said we should be thankful because we are better off than so and so or in other words because so and so appears worse off than us! Where is the love and compassion in that!

In fact, I clearly recall Christ condemning this in the parable of the Pharisee in Luke 18 vs 9- 14.

We are called to love, to be compassionate, to help, to be thankful, to interceed and to remember we are unique. Never forget that the path and plan for our own life may be very different from that of so and so’s.

Let our consolation be in this…..

‘For I know the thoughts that I think toward you, saith the Lord, thoughts of peace, and not of evil, to give you an expected end’. (Jeremiah 29 vs 11 KJV.)

I Pray For YouNext Article 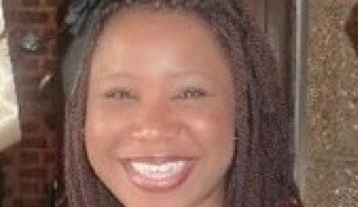